I’m hoping this little guy will be lucky and not get picked up by the crows. Robins in our area have very bad luck with their hatches, so they nest two or three times, starting in March. Probably this chick is from a second or third hatch.

He is nearly through the worst of it. He’s getting his grown up colours and his wing feathers are growing quickly.

He still has plenty of camouflage colouring though. He sat so still in the grass that at first I didn’t realize it was a bird.

As I took his picture, I heard his mother call very quietly. He immediately turned to look for her, but she didn’t come right down to him. 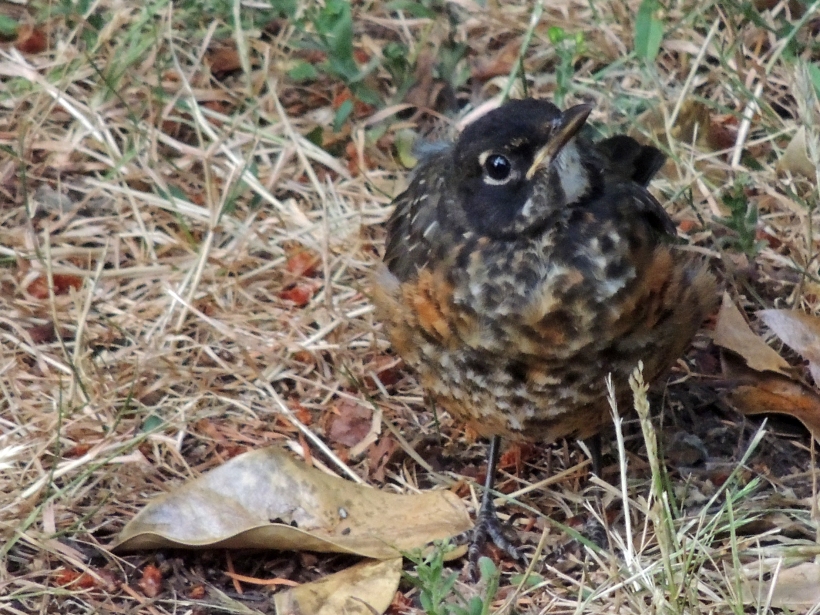 As I tried to get closer, he got smart and started to hop away. At first I thought he might have a hurt wing, but he was able to get around quite well.

I find it amazing how the parents know when it’s time to back off, just hovering nearby, but letting the chicks start fending for themselves. 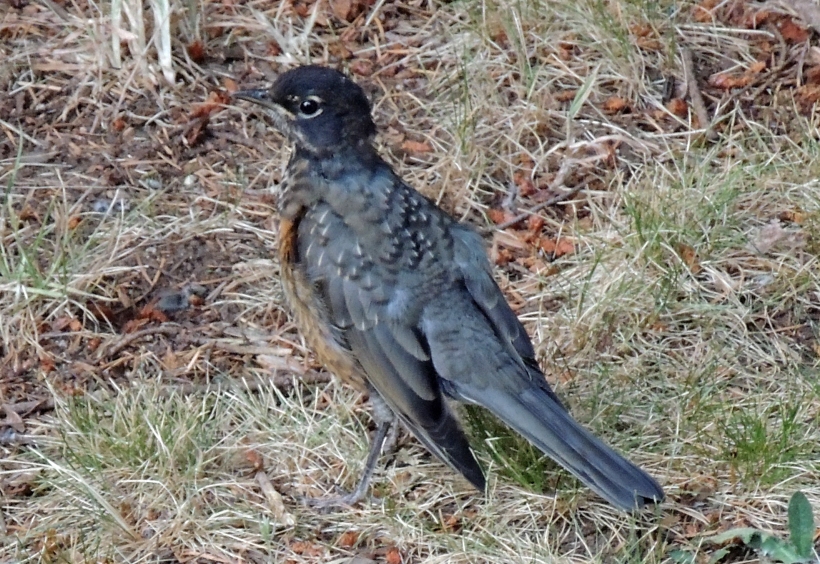 He’s hopping around on the ground, very uncertain of the big world around him. Probably he can make short feeble flights. I hope he makes it, now that he’s come this far.