Just in time for Halloween, I wanted to tell you about a movie I saw way, way back in another century, when I was a little girl. The idea of The Monolith Monsters was so scary for me that I have remembered that movie all these years. The basic plot was simple: Meteors struck the earth and when they came in contact with water, these “rocks” grew and grew until they were like giant skyscrapers that finally “lost their balance” and fell down, smashing anything in front of them and breaking into many smaller pieces of rock which then began to grow again into more skyscraper rocks, which again came crashing down.

So the rocky skyscrapers advanced, coming closer and closer to the big cities where people would certainly die from being smashed by the rocks.

When we traveled to Montana and back, we saw towers that carry high voltage power lines. They reminded me of some monstrous beings. Don’t they look like they will start walking to wherever they feel like going … carrying enough voltage to zap their way through any place they want to go? If I had more imagination I’d write a horror story about them, but even if I could, I think it I wouldn’t be able to sleep. I’m a coward when it comes to horror shows or stories. I just can’t watch them  or read or write them without having nightmares for years afterwards. And it’s not like there is only one of these monsters. They are everywhere. 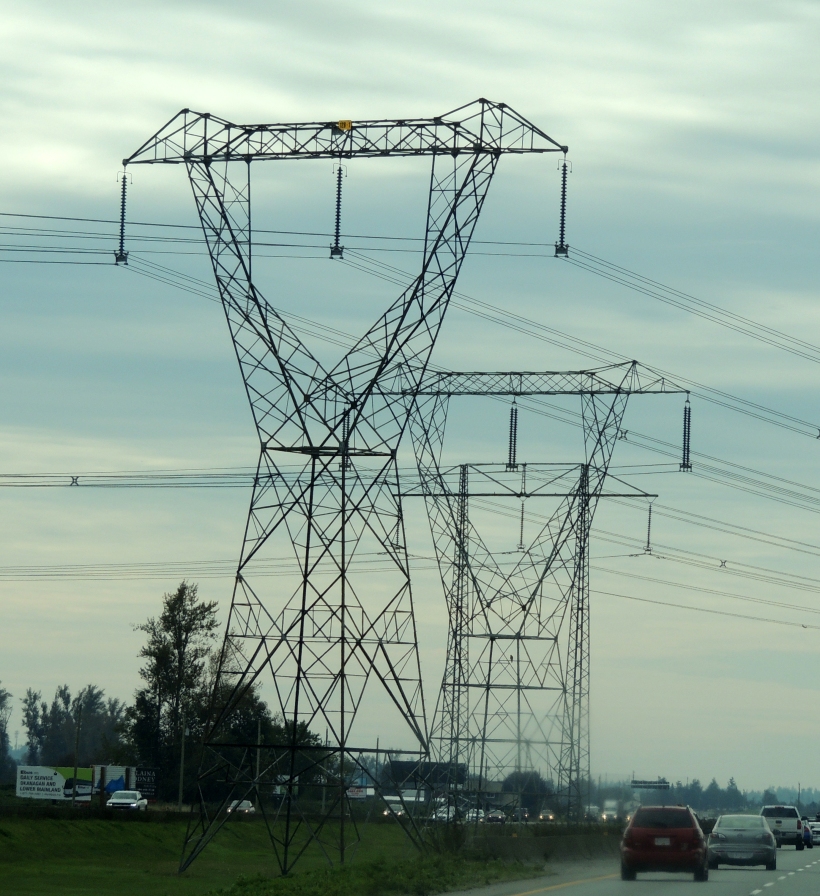 They have joined together for a more dramatic effect.

Yikes!! I’m scared. Will I be able to sleep tonight???

Oh — and the Monolith Monsters…. Do you know how they were stopped?

Some smart scientist discovered that salt stops them from growing, so it was just a matter of getting truckloads of salt to pour onto them. Whew! Just in the nick of time too!!

If you happen to know of a horror story or movie that features the power towers, please let me know. I feel as if there is a story out there about them but I can’t remember it.

Meanwhile, be careful out there. Halloween is coming.