Woodpeckers seem to like our area. Maybe the attraction is all the rotten wood of broken limbs and stumps left behind from wind damage or logging. It all provides a smorgasbord of insects for them. Sometimes these pileated woodpeckers  really get into their work, hammering at the wood, and the chips just fly off the decaying trees, exposing insects who were enjoying a nice decaying breakfast only to become breakfast themselves.

Red-shafted flickers basically do the same thing, but they don’t have the long beaks the pileated woodpeckers have, so you won’t see the chips flung quite as far afield. Flickers are happy enough to drill holes and do small-time chipping of wood, all in an effort to expose insects. Of course, if there’s a suet block around, they’ll take the lazy way out. It’s like having pizza delivered once in a while instead of cooking from scratch. 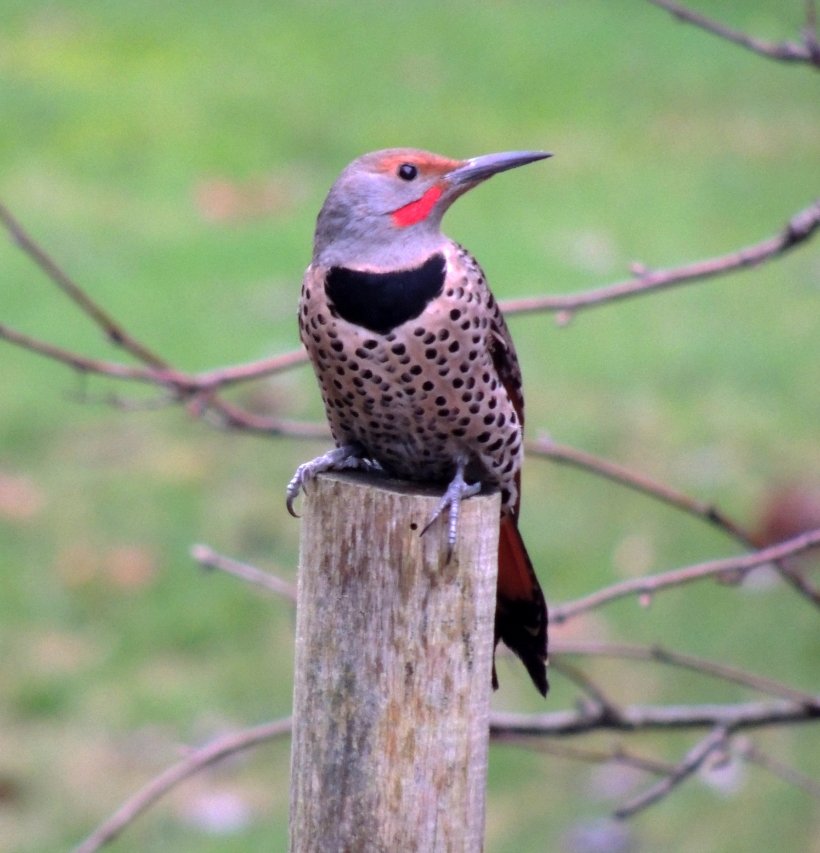 The sapsuckers don’t care about rotten wood so much. They like to peck holes into healthy trees (frequently being responsible for the eventual demise of the tree) and wait for the sap to fill the holes with the sweet liquid they love. Insects are attracted to the sap and often become dessert for the sapsuckers. The insects are also taken to the young when it’s nesting time. 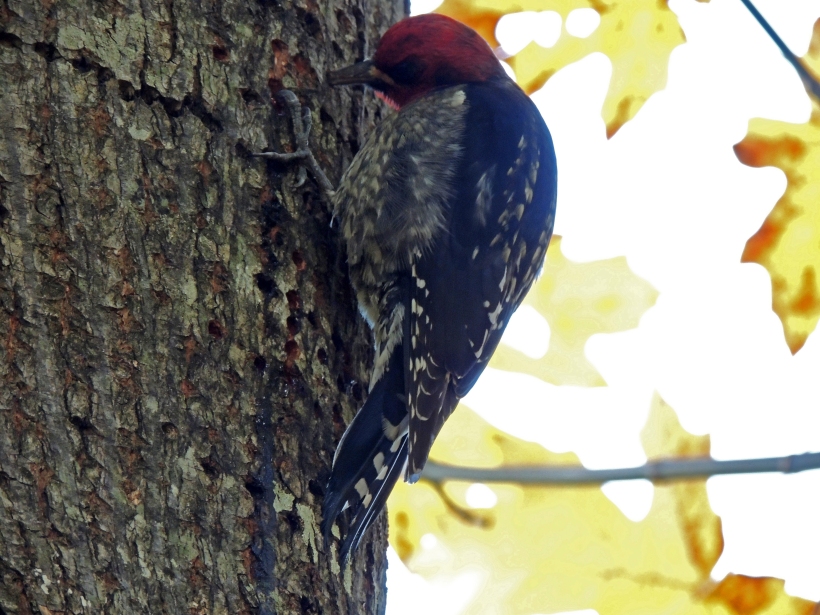 The woodpeckers in my line-up are getting smaller. I’ve tried to line them up from biggest to smallest. This one is the downy woodpecker, another suet eater, but he likes bugs he finds in wood too. One thing I’ve learned about the downy is that they have a very loud voice for such a small bird. I once stood below a downy’s nest. The young birds stuck their heads out of the hole in the tall tree snag and shrieked so loudly I had to cover my ears. It wasn’t that they were afraid of me and they were screaming for their mother. They were just screeching at her to hurry up and bring more food. The only time they stopped was when they had a full mouth. At least they had “some” good manners and didn’t talk with their mouth full. 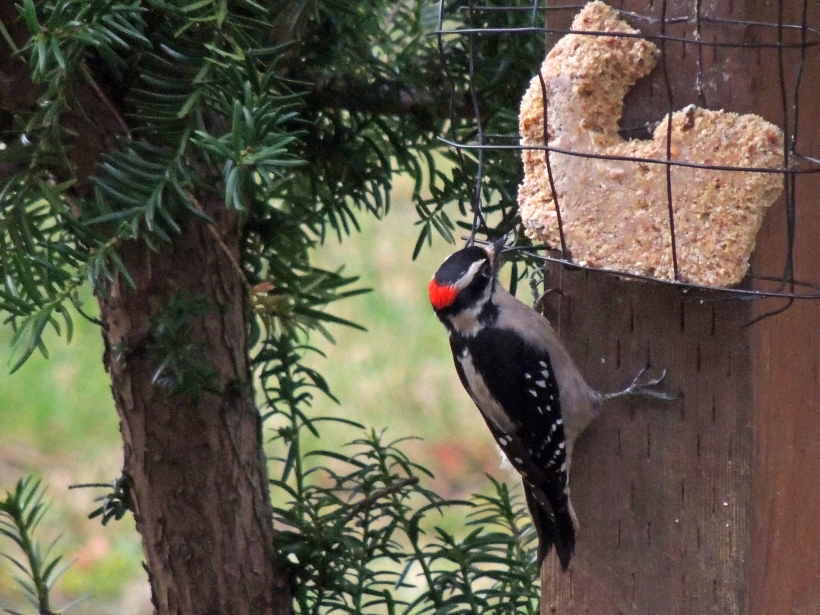 And then there was Harry the hairy woodpecker. He was most elusive. I was coming along a small road from a lake where we’d been trout fishing, and Harry flitted from tree to tree, keeping away from my camera. Once he stopped for a rest I zoomed in and got the only shot I could. I didn’t see if he had any red on top of his head, but in many other respects (except for the longer beak) he looked very much like a downy. He was much quieter though. So there’s the line-up of the possible perpetrators of wood damage around here. Please be sure he’s the right one before you accuse an innocent woodpecker of the damage to your yard. I’ll try for fingerprints (or maybe beak prints would be more useful) next time for a more positive I.D.

PS   Be on guard if your house has wood siding. They’d be happy to check it out for insects like the pest control guys do, except the woodpeckers don’t fix any holes they leave behind.