Orson, the Oregon junco, has found a sunny spot to rest.

“Ooooh! This is so toasty on my body. The sun has warmed the railing. It feels glorious after so much cold wind.”

“Ahh … this is SO nice! I’ll get some of that warmth on my throat too. Oh, my goodness, that is so wonderful.”

“Oops! Excuse me. Nature calls. I’m trying to be modest, turning my back, but why do I have the feeling I’m on Candid Camera?” 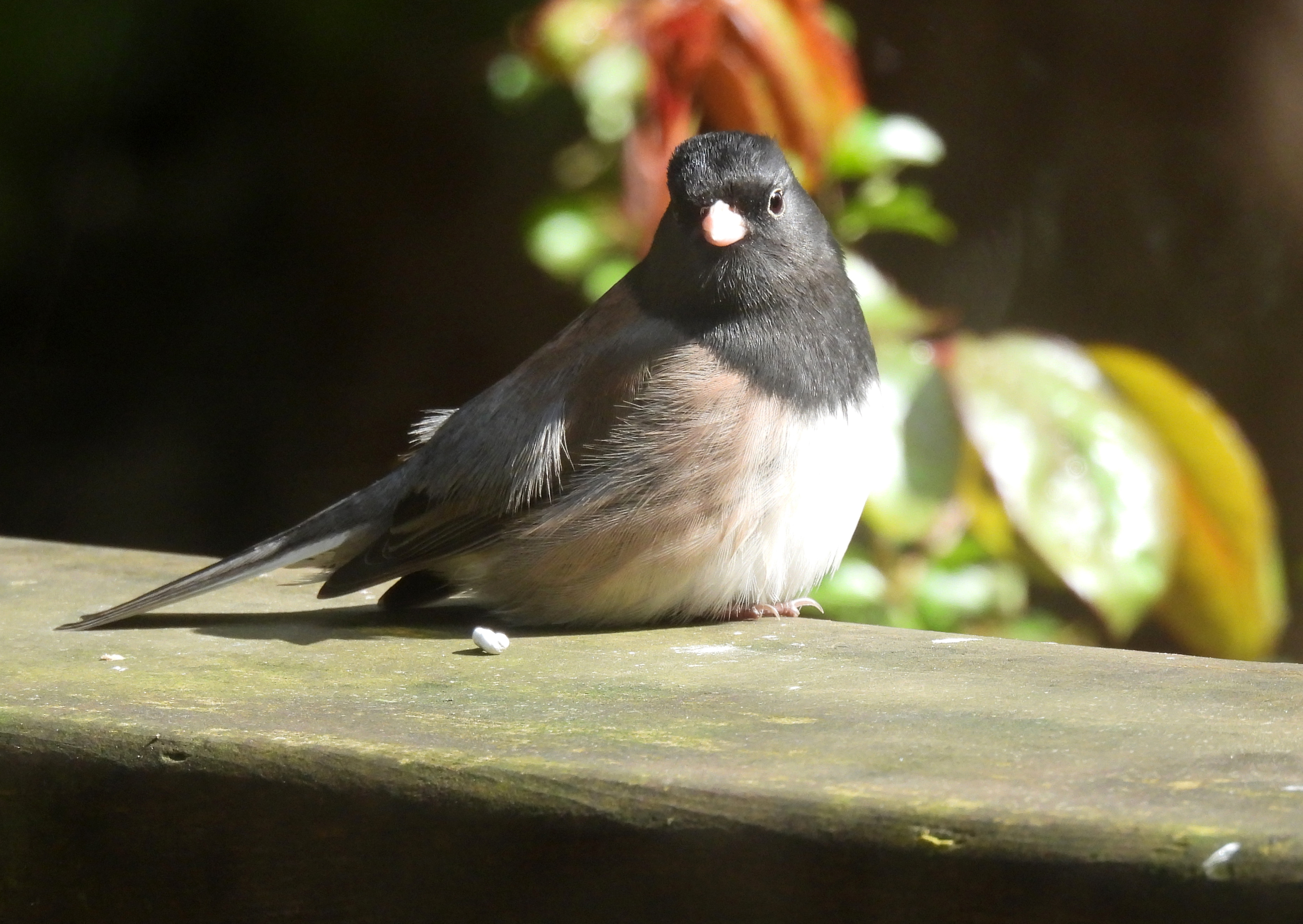 “I just can’t have anyone pointing an accusing feather, saying it was me. They’ll probably put it on Twitter.  Still, I needn’t worry. If they put anything on Twitter, the birds would be canceled for expressing an unpopular opinion. Meanwhile, only one thing to do and that’s flee the scene of the crime.”

The evidence was left behind, but before a half hour passed by, the heavens opened up and the whole deck was full of evidence. Well … it looked like more evidence.

Loads of evidence covered the railing as a freak hailstorm blew in and then out again as quickly as it had come. Orson was spared many accusations, and he felt a lot lighter. 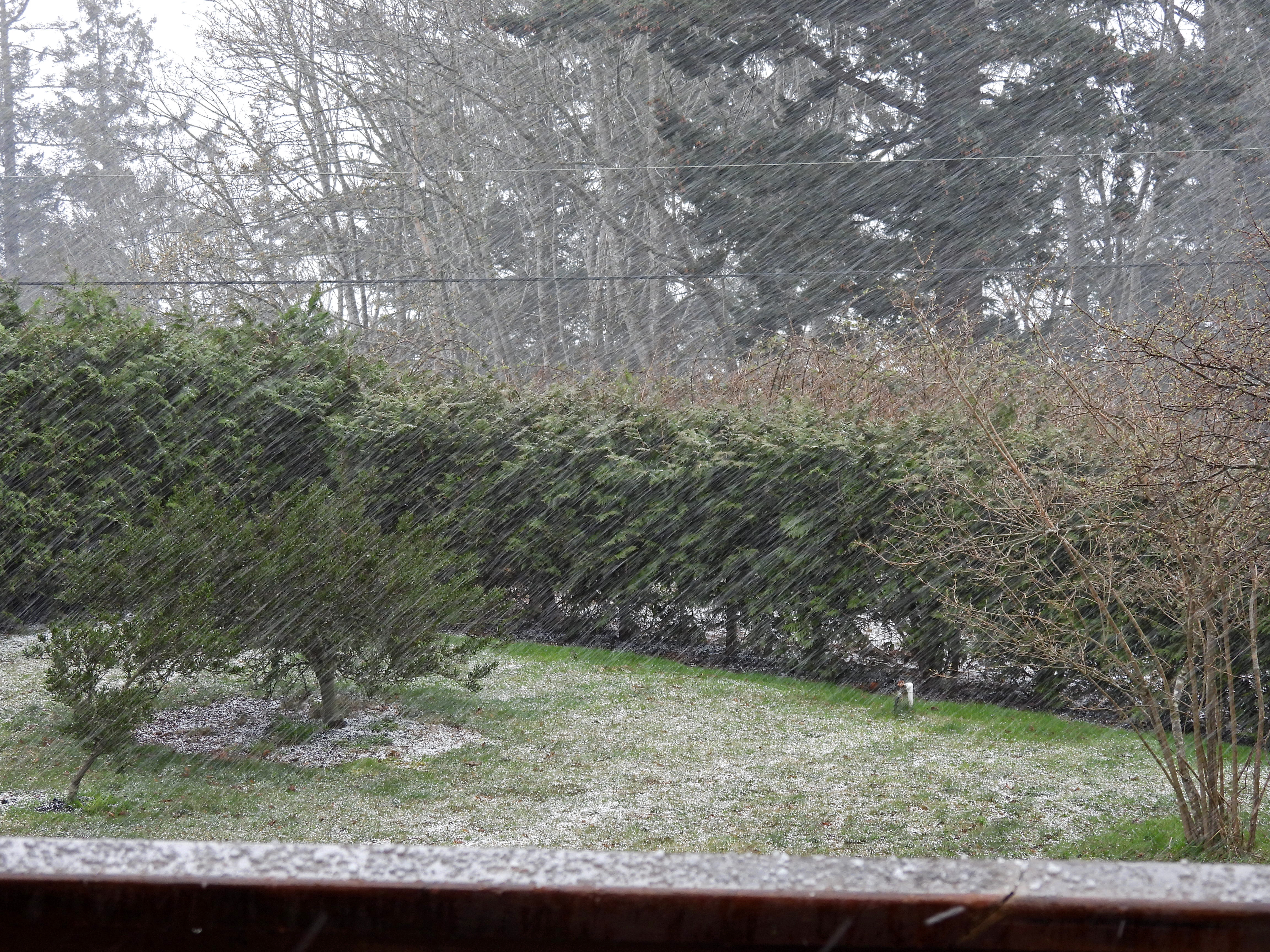