A few nights ago, while I snuggled under the covers, the outside world was also being put under a cover — from freshly fallen snow.

The hummingbird feeder I had taken down to be out of the wind on the exposed deck, was no longer nestled among the branches that the birds used to love to sit on. (See the photo below). It had become a snow trap. Any bird venturing into the maze of bent down boughs might get a snow shower which, in the case of a tiny hummingbird, could be fatal. I had some work to do but I fixed up a place for the hummingbirds to feed safely.

The regular birdfeeders needed a place that was safe from the Steller’s jays who would gobble up the whole contents of the feeder. I had found a place in the branches of the filbert (hazelnut) tree.  But then it snowed. Can you find the feeder to the left of the tree trunk and about four feet off the ground? The birds were happy to scratch up spilled seeds under the tree.

The Steller’s jay is quite the bully no matter where I put the seeds. 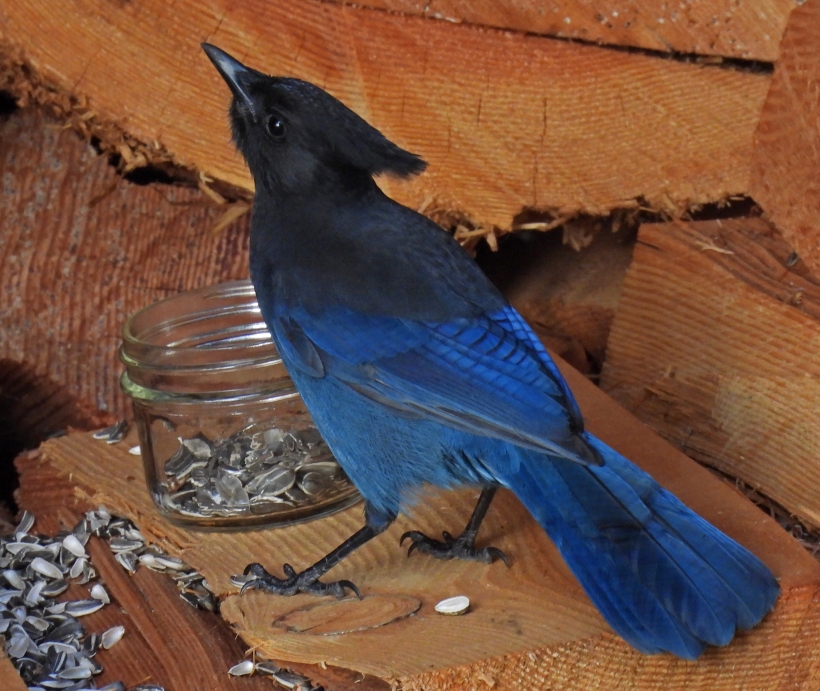 Pretty as the snow is, I worry about my poor little animals out there, scratching for enough food to keep warm and stay alive. 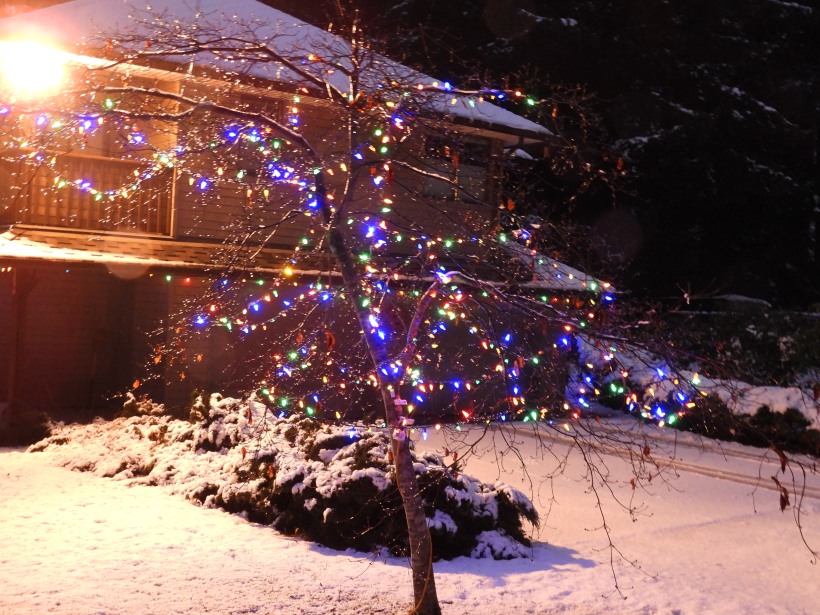 Last night the air was oh, so cold,

It chilled me to the bone,

My sparrow girlfriend, oh so bold,

Was shivering on her phone.

Have messaged her by mouth.

She’d gladly be in warmer climes,

While leaving me behind,

As sunshine they did find.

But here in Lotus Land of North,

The snow moved in and covered us,

To find some food we must go forth,

Lest heavy branches smother us.

The hedge and shrubs have been a boon

But still we have to eat

And battling jays from morn till noon

Is always quite a feat.

Those greedy birds take so much food,

They spill what they don’t need,

We have to fight the whole darn brood,

So we can get some feed.

My girlfriend had the right idea,

To call her friends who left,

But if she’d gone, I sadly fear,

I would have been bereft.

Together we will pick at seeds,

To bolster up our strength,

Then later when we’ve met our needs,

I’ll cuddle her at length.

39 thoughts on “Under Cover”