Blue herons don’t have a dark patch on their shoulders, but this one does. I think something (like an eagle) tried to grab him and he got away. Not unscathed, but he’s alive.

I once saw a heron circle around and around, going higher and higher, until he was nearly out of my sight. In the airspace below him, an eagle was doing his best to climb higher as well, to get at the heron. I think herons must have lighter bones and probably a lighter body in proportion to the wings. They can outdistance eagles  and stay very high up in the air until the danger has passed. 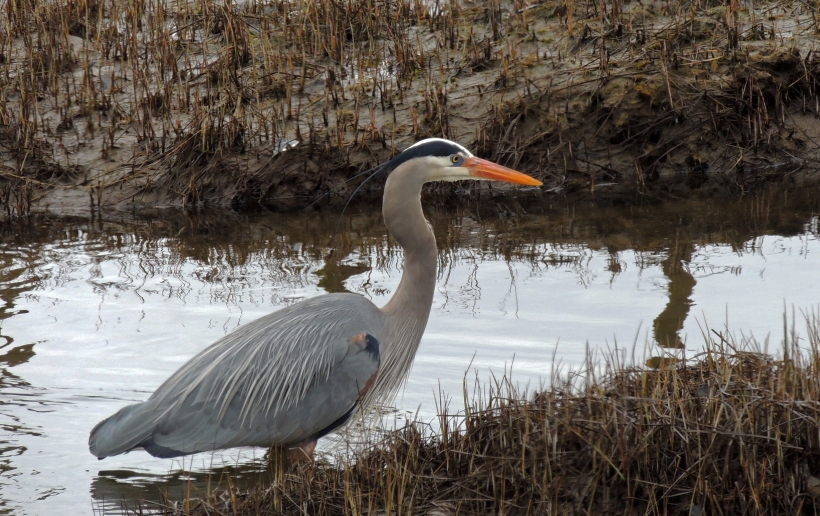 I suspect that this one was caught napping and was attacked at ground level. Somehow he managed to escape the eagle’s clutches, and he lived to tell about it.