Father, Mother, and Junior have egged me on to do this post about them. My ideas were a bit scrambled and I didn’t know eggzactly what to do, but I poached this idea from a long eggo post.

The sunny side up about this whole thing is that the yolk is on them because I’m the one having the fun.

You may notice that the big daddy of all eggs is green with envy. He wanted to be like the others, but his wife, the mother egg, got browned off with all his complaining.  Her baby is browned off too, but as it turned out later, he was all bluster on the outside and runny guts on the inside. Father Egg always said Junior was coddled too much, but he still gave him his benedict – shun.

“Remember that we’re all the same on the inside. Our outer shell may be different but, for better or worse, we’re all whites on the inside,” Father Egg said.
“Yeah and a bit of yellow belly. That comes from being destined to be a chicken,” Mother Egg said.

Father Egg said, “I know I should never have left Denver and the other omelettes. You are the most deviled egg I’ve ever met. I know you think that was a wise crack you made, but in the end that crack will be your demise.”

“Fiddle faddle,” said Mother Egg. “Trying to be so hard boiled. You really are just a shell of a man.”

“Be careful, Mother,” said Father Egg. “You think I’m just over easy, but I know egg-I who was too eggcitable, and was always foaming at the mouth until his people had the idea of whipping him up into a lemon meringue pie.” 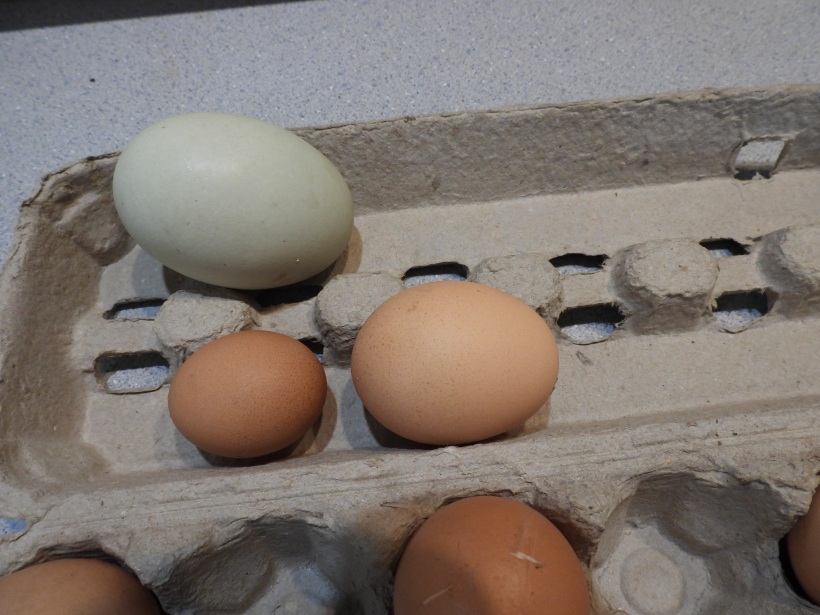 “That won’t happen to me,” said Mother Egg. “I’m just going to set here and write my memoirs. Someday omeletters will be in the museum archives and I’ll be famous. Junior can help me.”

“All right,” said Father Egg, “It’s time for some more yolks. Did you hear the one about the guy who went into the restaurant and asked what the specials were. The waiter said, “I recommend the cold tongue sandwich.”

“What?!” the guy said. “Me? Eat something that someone else has had in their mouth?”

And so it went until they all cracked up and took a flying leap into the frying pan.

It turned out that big daddy turned out to be twice the man anyone thought he was. Here he is in the bowl. He had an eggstra yolk to tell, but we never got to hear it.

35 thoughts on “The Egg Family”