This church looks so old that it begged to be photographed. It sits on a lonely rise (to call it a hill would be exaggerating) in northern Montana. I don’t think it gets much use anymore, judging from the boarded up windows, but at one time it must have hosted a fair-sized congregation. 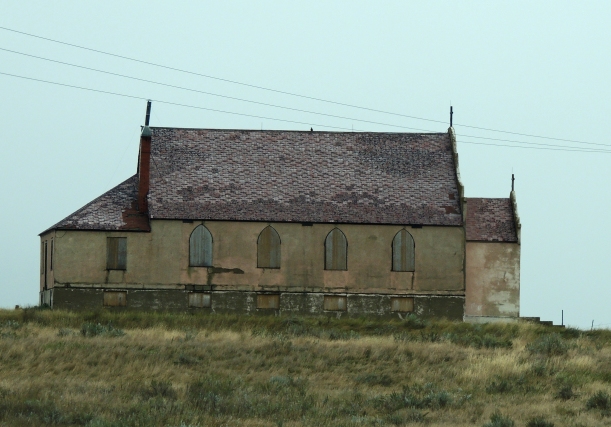 In eastern Washington, I saw another old church. I had noticed it on several other trips through this area. This building, too, has seen better days.

But what is different this year is the new structure that has been built beside the old one. At first I assumed that it was a church, because of the steeple and the wide stairs going into the double glass doors. Possibly my thinking was influenced by the wrought iron fencing.

I think now, that I was wrong about it being a new church (just because it was built next to an old one). 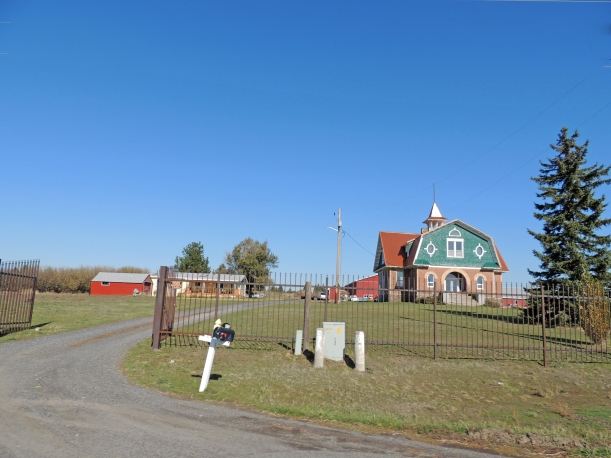 Here is a close up of the sign (a bit blurry) that is attached to the right of the gate. 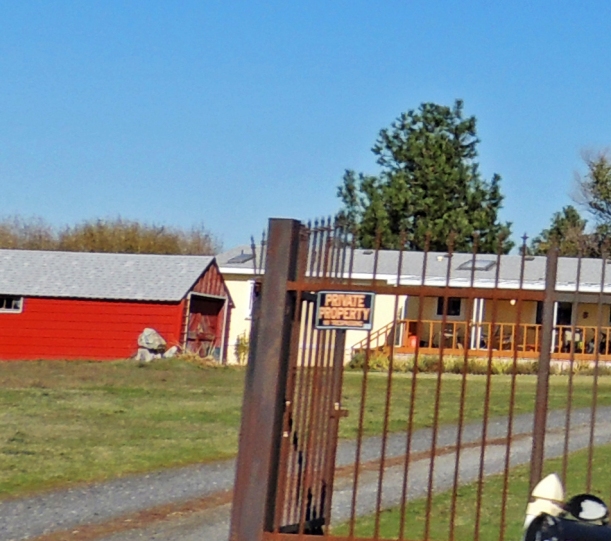 It can’t be a church and say: Private Property – No Trespassing.

And now I’m even questioning whether the second photo from the top is really of a church.

What do you think?