Quentin has been hanging out on the landing, looking at himself in the glass panel beside the front door. I think he thinks that reflection he sees is another quail in the house. 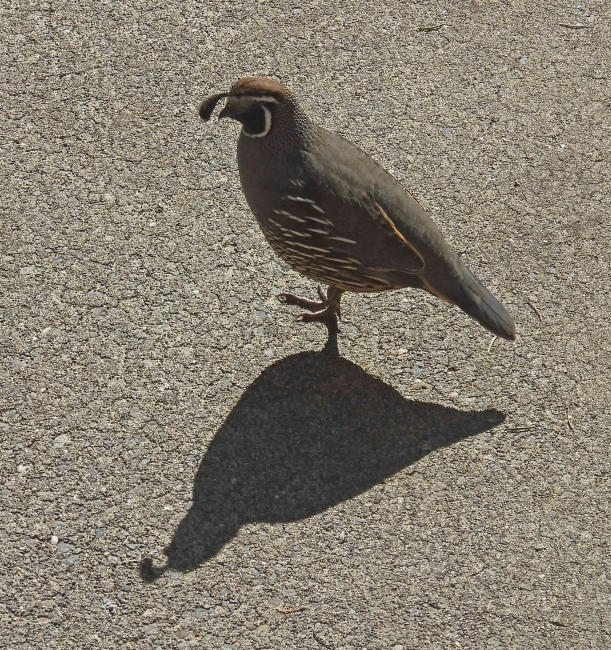 He must be wondering why the other quail isn’t coming out. He is so desperately hunting for others of his kind, especially if one were a female.

But he isn’t the only one who is hunting. 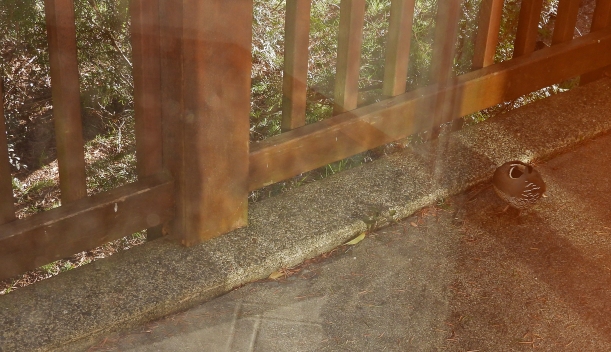 As I looked through the upstairs window to see if Quentin was still on the landing below, I saw, not a quail, but a quail hunter. 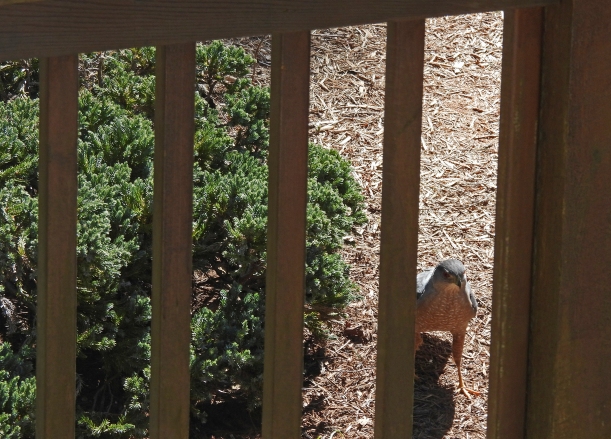 GASP! That’s not a quail. I ran for the camera and turned it on as I hurried across the room, hoping this predator hadn’t flown away by the time I returned. I know they are very wary.

This one was tiptoeing along the path, checking behind every little twig for the dinner of his dreams.

I was snapping pictures through the window with the zoom on because I didn’t dare go any closer lest he fly, so all these pictures are a bit “window-ish” and not the best clarity. But it was enough to identify the fellow as a sharp-shinned hawk, a very close lookalike to the Cooper’s hawk.

Moments later, he flew away. 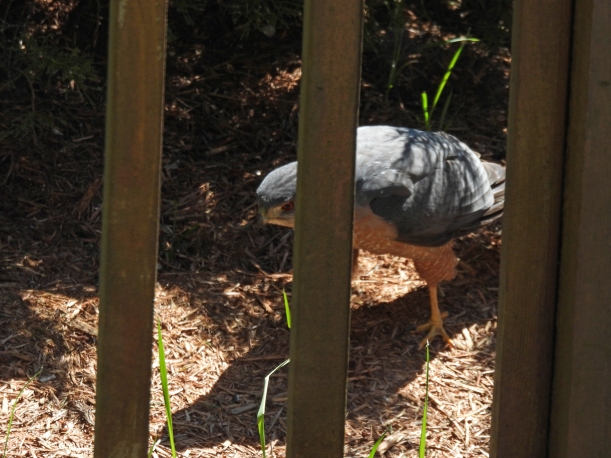 The nearby birdfeeders were absolutely silent. No birds around. Not a peep!