Reggie Raccoon came to visit last night. Emma dog was surprised when she went out for last call. Luckily for her, Reggie was a fast climber.  I don’t think Emma would have come away unscathed from an interaction with Reggie. 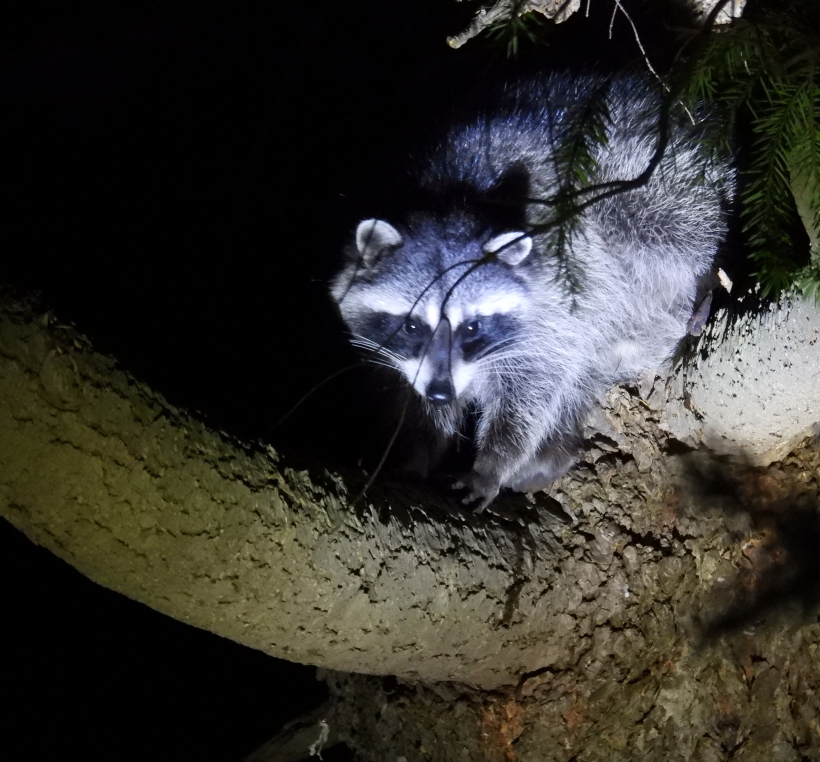 Reggie likes to prowl at night,

Finds it safer without light,

Still he gets caught by surprise,

Up the tree he’s quick to rise.

But it brings out Reggie Brute,

He can be so fiercely mean,

After all the fights he’s seen.

Up the tree’s the safest thing,

Better than the fighting ring,

Reggie needs to watch his back,

Just in case the dogs attack.

Waiting in the branch’s crook,

Fearful moments while he shook,

Seem a lifetime till it’s clear,

And he can release his fear.

All he wanted was to check,

If the squirrels had left a speck,

They are given so much food,

Nothing left though, that was clear,

And when coupled with the fear,

Reggie wonders why he came,

He must find some other game.

In the meantime he will smile,

For the camera all the while,

Long as he can look so sweet,

He can hope they’ll leave a treat.

Where she can relax a lot,

By the way, Emma says,  Don’t forget to look at Anneli’s bargains for her books at https://wordsfromanneli.com/2021/11/21/book-bargains/