Find and reconnect with friends, old and new. 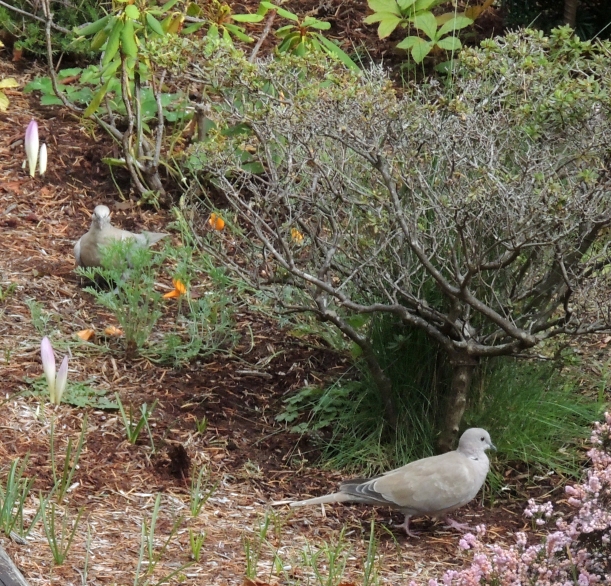 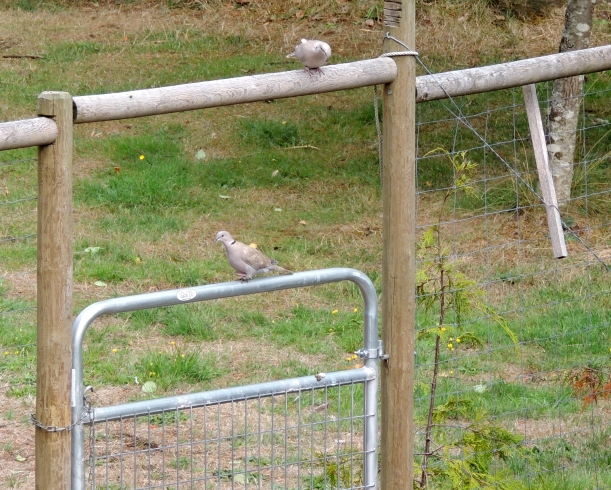 Go with grace and beauty. 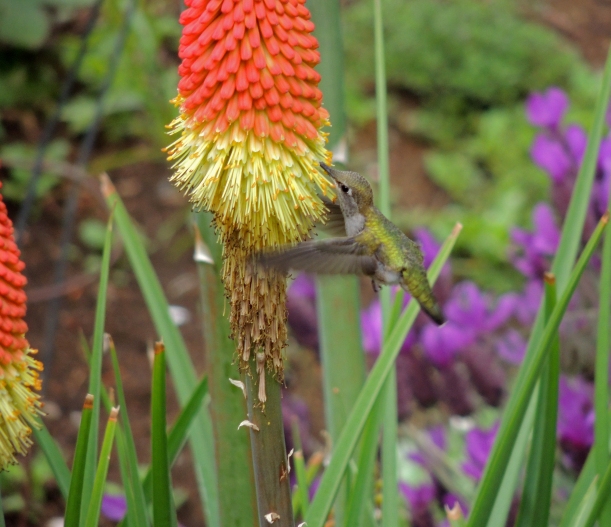 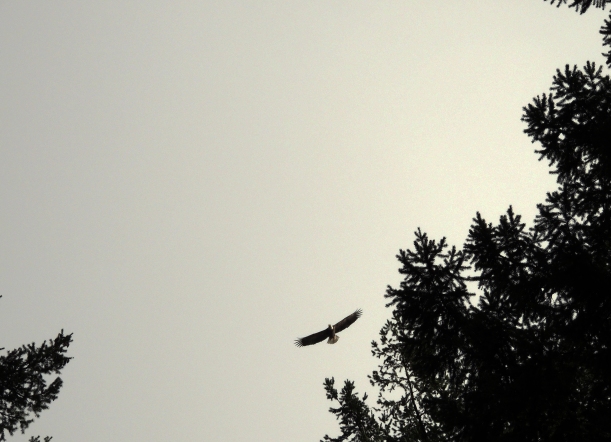 Greet each day in a positive way. 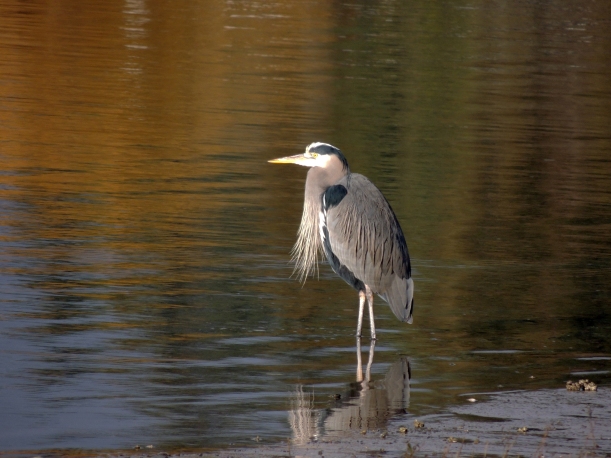 Could be a good year, don’t you think?

Best wishes for a great year ahead, from the animals in my menagerie.

Those who were camera shy today also send you their heartfelt wishes for a happy and healthy year.

The winter has been too long so I dug out some old photos. The quality is not good on these pictures, but the happiness scale was registering right up there, so I’m posting the photos anyway. Reminiscing about this bird sighting still makes me smile.

It was back in the summer of 2016. I heard him before I saw him. He was a bit too far away for a clear picture, but I was afraid I might not get another chance, so I snapped it quickly.

He sat high up in a fir tree. With his unusual song and bright colours, he was unforgettable. If only he would stay put long enough for me to get a picture.

The Bullock’s oriole is not a bird you often see in our area of central Vancouver Island.

I prowled around the deck, camera in hand, searching the trees for movement and sound as he flitted from one fir to another.

I phoned my neighbour, who loves birds too, to ask her to watch for the oriole as it had gone over to the trees on her place. I almost threw the phone down when I saw that it had come back to check out my red hot pokers.

I didn’t dare run out onto the deck this time and scare it away, so unfortunately this photo is taken through the smudgy glass pane of the railing.

Oh, he was nervous. A second later, he was gone.

But now that Big Bird was gone, the tiny ones returned to their favourite snack. 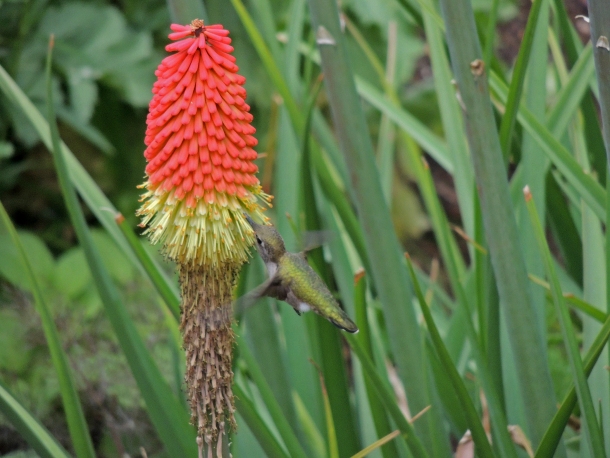 I tried to get him to slow down as I didn’t have the camera set up for super-high speed for hummingbird wingbeats (does the camera setting even go that high?) but he wasn’t to be held back.

With the Spanish lavender so prolific right behind him, you would think he’d go for that, but he preferred the pokers. I know the bees love the lavender so maybe that had something to do with it.

I didn’t get much work done that morning. The time spent was “for the birds.”

So today on this cool, foggy day, I reminded myself that winter doesn’t last forever, and we have good things to look forward to.